The Ludo Under 100 Chess Trophy has been set up by Peter Walker.

Peter has identified that Ludo players need a bit of competition and he has sponsored a trophy and agreed to run it.

The entrants at present are:

Others can be added if they all agree that they are a similar standard and everyone is in agreement that all extra games can be played in the calendar year.

The venue of the games will be held either at Ludo, Peter's home or Janet's home.

The games will be 75 minutes each (this will be reviewed after the 1st round of games played by each person and can be changed with everyone's agreement).

Notation will not be taken.

Players will play each other twice with white pieces and twice with black pieces.

Each win earns 2 points and a draw earns 1 point.

When a player touches a piece or pawn, that person must move it.

If players tell Peter the result of games, He will keep score and John Harris has agreed to keep a record of the scores on the Southbourne Chess Club website so all entrants can know the scores. Peter will keep John informed. 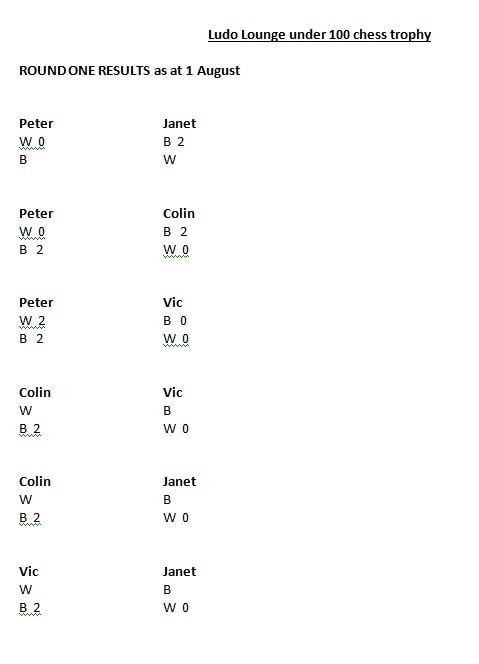 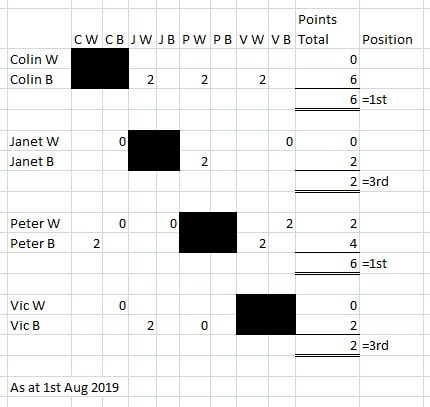