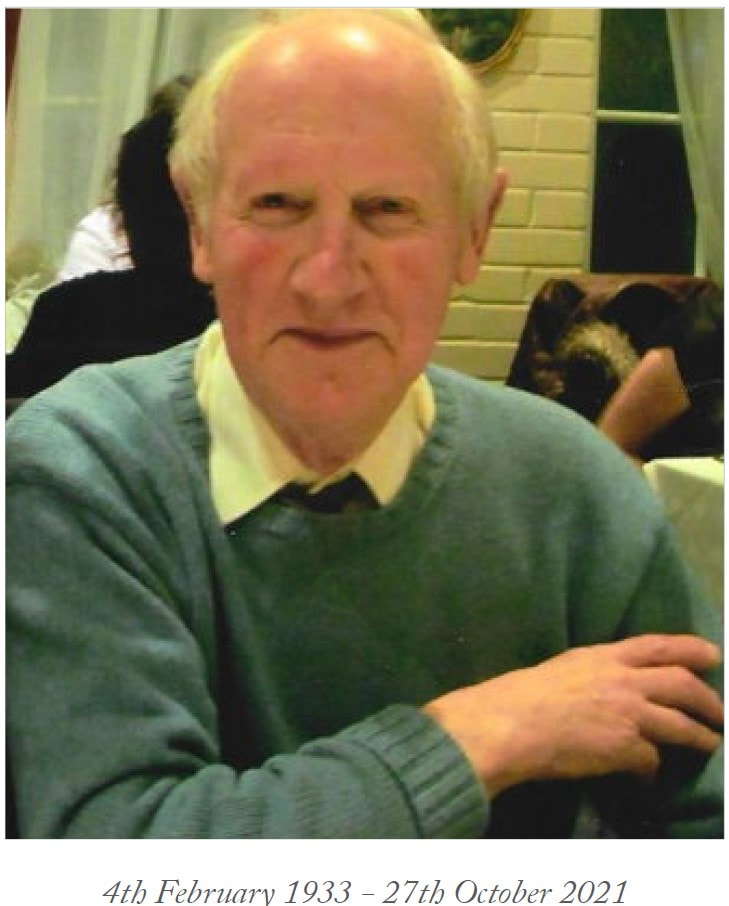 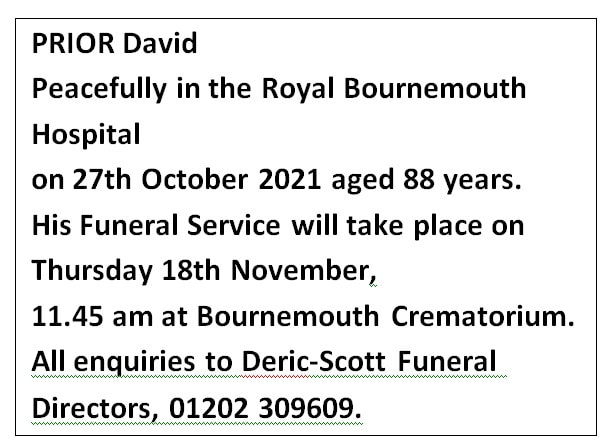 ​Some of you may remember David Prior who used to be one of our very hard working members of the club in the 1980s and 90s when he used to run all of our internal tournaments. Sadly, he passed away last month and his funeral will take place at the Bournemouth Crematorium at 11.45am this Thursday 18th November.

A TRIBUTE TO TERRY WALSH
Terry recently suffered from a lung complaint, which he did not recover from.

Terry was a long and valued member of the Chess club for many years.  Unfortunately, because of the present restrictions and the fact that he had a large family, members will not be able attend his funeral.

You will probably know that he was very well thought of in the local bicycle world and indeed in 2012 be did a 3 year spell as the president of the local Cycle Tourist Club.

Below I thought that you would appreciate seeing the Tribute page from the Christchurch Bicycle Club.

Many of our longer-term club members will remember the early days of those unforgettable Saturday rides – a circular route into Burley for coffee, then back. Terry personally led them for many years in order to encourage everybody – young and old, fit and unfit – to get on their bikes and enjoy the pastime and sport that had brought him so much joy in his own life. He would spend much of his spare time leaving leaflets in bike shops, libraries, advertising his rides. You didn’t even have to worry about punctures or breakdowns because he would accompany every new rider and would have every conceivable item of repair kit in his tightly bulging saddle bag.

For many of us, Terry, you changed our lives.  Our heavy, old, rusty  bikes were gradually exchanged for shiney, new, super-light models and our baggy shorts and t-shirts were replaced by figure-hugging lycra bikewear – like you we had become “hooked on cycling”. Some of us even went on to take part in time trials and competitions.
​
THANK YOU TERRY
​
THIS POEM IS FOR YOU (Written by club member Marion Wells)
Though we haven’t seen you for oh so long
We are terribly sad that you have gone
You taught us to ride through the woods and the trees
We had such fun cycling through the breeze
And when we got tired you helped us along
With a discoloured Mars Bar we could stay strong
So rest in peace dear Terry you were so good and kind
We are so grateful for the legacy you have left behind
-------------------------------------------------------------------------------
BOURNEMOUTH ECHO ANNOUNCEMENT 13 November 2020

WALSH Terry Sadly passed away after a short illness on 2nd November 2020, aged 85. Much loved and greatly missed by his five children and ten grandchildren. We invite you to look at Terry's virtual memorial: www.terrywalshmemorial.wordpress.com Donations if desired for the 'British Heart Foundation', or Flowers and all enquiries to George Scott Funeral Services, 13-15 Somerset Road, Bournemouth BH7 6JH. Tel: 01202 395827

PETER BYTHEWAY
It is with great sadness we report that Peter Bytheway passed away last month.

Peter was a member of Southbourne Chess chess club for many years and contributed greatly to the club.

He was Treasurer & a Secretary of the club for many years in the 1980s and 1990s and only retired from playing chess a few years ago.

We wish to pass on our condolences to his family. 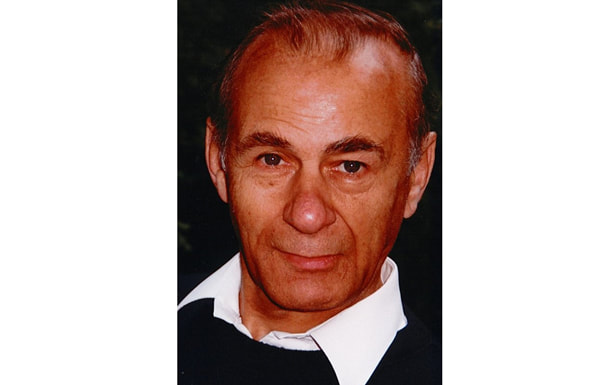 BYTHEWAY Peter Alfred Passed away on Tuesday 23rd July, 2019 aged 83 years. Beloved Husband to Sylvia, loving Father to John and a special Grandad to Hayden. He will be sadly missed and fondly remembered by all his family and friends.
​Peter's funeral service will be held on Friday 16th August, 2019 at 10:15am at Bournemouth Crematorium. Family flowers only please. Donations if desired for The Bournemouth Hospital Charity which may be made online at www.millerbrosfunerals.co.uk All enquiries to Miller Bros. & F.P. Butler Limited, 119 Bargates, Christchurch, BH23 1QH Tel: 01202 485439

Published in the Bournemouth Echo on 8 January 15

PRIMETT ALAN DOUGLAS Passed away peacefully on 26th December 2014, aged 84 years. Deeply loved and missed by all his family and friends. Funeral Service on Wednesday 14th January, 12:45pm, at Bournemouth Crematorium. Family flowers only please, but donations, if desired, for and made payable to “Diabetes UK” may be sent care of The Brian Wilton Funeral Home 156 Tuckton Road, Bournemouth BH6 3JX Tel: 01202 428536.