Martin Simons May 2020
Did you know?
​Southbourne Chess Club first met on the 18th September 1974 after George Kilmister put a note in the Bournemouth Echo Chess Column. The founding members were George Boardman, John Harris, Ben Goodman, Arthur Thorrington, Ernie Weetman and Vivian McDermott who all responded and played in the first season. There is still one of these members, John Harris, who continues to play regularly for the club today. He is the club’s current Webmaster and is as active today as he was 46 years ago, if not more so! John also runs Southbourne’s successful Tuesday afternoon chess club at the Ludo Lounge (2.30pm to 5pm) and, in 2017, he won the first ever Dorset Blitz Tournament (graded section). Pictured above is John picking up his winning cheque from organiser Steve Peirson at this event. 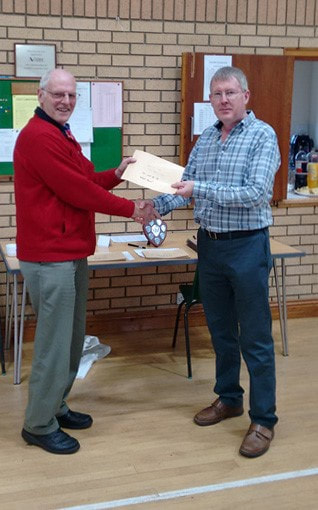 ​Russ Pegg and Jon Catchpole joined later in August 1975 and Russ is the club’s longest continuous member (as John went off to work in Jersey for two years) and he has been the club’s President for 30 years now taking over from Ernie Weetman. George Boardman was the club’s first President for 10 years. Further, Ernie Weetman was the club’s first Chairman but Larry Cox was its longest Chairman serving for almost 30 years from 1982 to around 2010, after which the current Chairman, Martin Simons, succeeded him.Pictured below is a gathering of some of the very early members in or around 1980. Many Southbourne members will fondly remember Charles Cooper (2nd from the right), one of its strongest players and chief competitions organiser, also Alan Primett (3rd from the right) and David Prior (4th from the left), who were both extremely hard working and diligent club secretaries for many years. Further, in the picture is Russ Pegg (3rd from the left) and Paul Bland (4th from the right) who now plays for Bournemouth. John Harris, founding member, is also far right. Not in the picture but current players Frank Hamilton-Taylor and Terry Walsh were also active members in the early 80s. 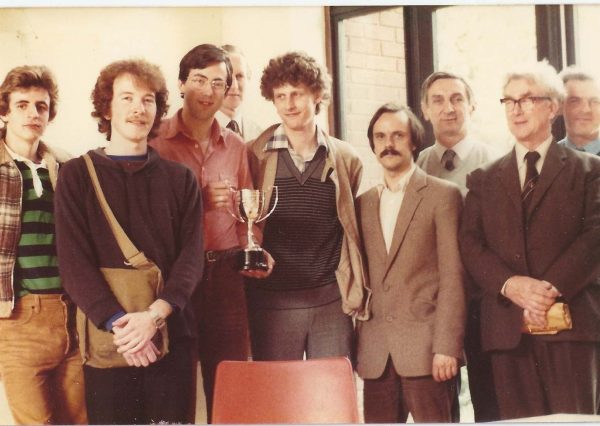 ​And pictured below are members in the early 1980s promoting the club at the local radio station, 2CR (back row left to right: Larry Cox, Ernie Weetman, Vivienne McDermott, George Boardman, John Harris and with a place all to himself on the floor is Russ Pegg!). 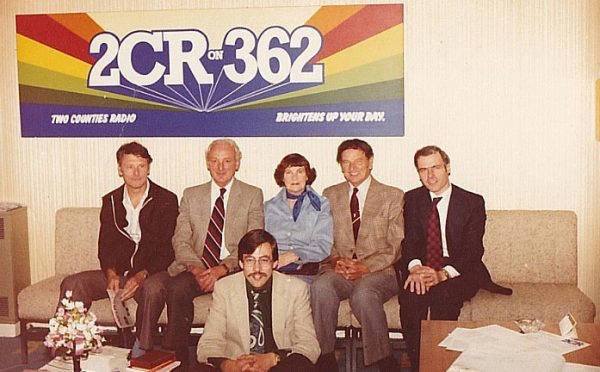 ​Southbourne has mainly played at three venues. The first venue was at the Our Lady, Queen of Peace Church in Douglas Road, Southbourne where the club played on Thursday evenings for around 10 years, then for one year at the Denmead Church Hall in Denmead Road. However, since the mid 1980s the club has been meeting at the cosy Tuckton Social Club on Friday evenings and only at its new modern site since 2013 as the old Tuckton Social Club was knocked down some 30 metres away to make room for residential accommodation and a Tesco Express store. A photo of the club’s distinctive old premises is shown below. 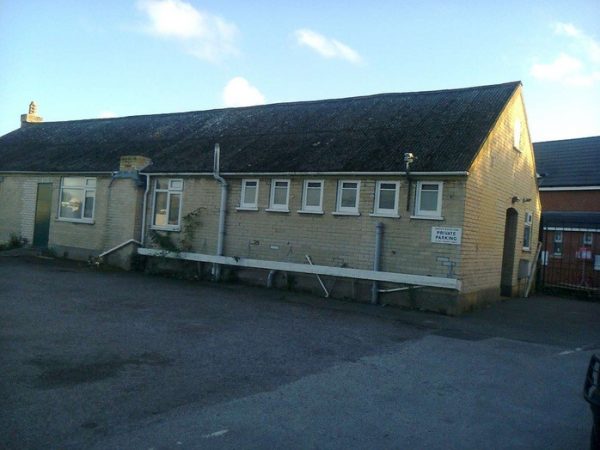 Photos of the new premises being built can be found here … https://southbournechessclub.weebly.com/tuckton-social-club-building.html

​In terms of competitions, in the 70s Southbourne competed well in the B&DCL finally achieving Division One status in 1978 after the arrival of its new board one player, Garry Windebank. In  1980, Martin Simons joined as a junior player but played irregularly due to university and working away. However by the late 80s, there was a settled team and the club won its first Division One Championship in 1988. Pictured below, left to right, is the winning team of John Harris, Stuart Robertson, Russ Pegg, Jon Catchpole and Martin Simons. 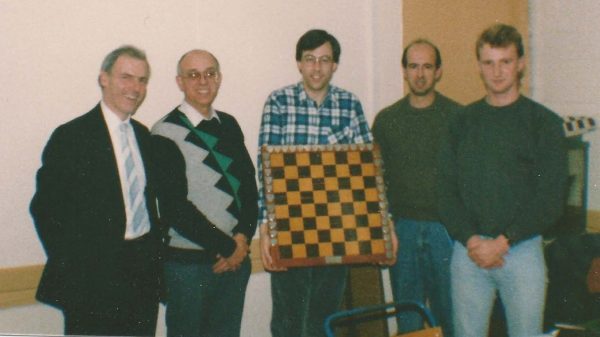 ​In the early 90s, Southbourne’s membership level soared to almost 50 members and this included many strong 180 plus graded players such as Alan Dommett, Bruce Jenks, Graham White, Gerald Bennett, Michael Freeman, Bob Noyce, Richard Webb and then later by Walter Braun, Steve Shutler and Paul Kemp. As a result, Southbourne dominated Division One in both the B&DCL and Dorset League during the 90s and 00s. It has now won the Division One Championship 35 times and won the double on 10 occasions including five consecutive years between 2002 and 2006.During the 90s the club also used to participate in the National Club Chess Competition and reached the final of the Under 175 section in the mid 90s. Pictured below is the team (back row left to right – Bruce Jenks, Russ Pegg, David Rapkins, front row left to right – Jon Catchpole, Alan Dommett, Martin Simons – team manager). 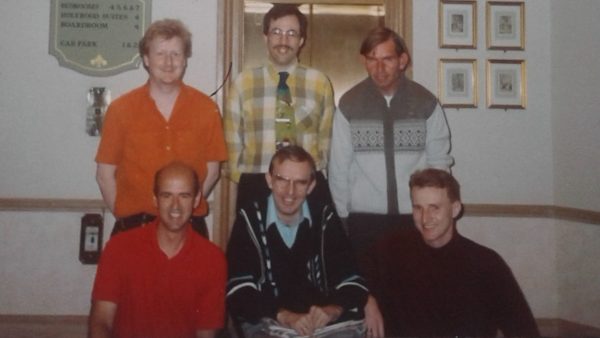 ​Along with many other local chess clubs, membership has now halved since the club’s heyday to approximately 24 members but by continuing to meet on a Friday evening, a non-school night, this has helped to attract a few junior players.The club still competes locally at the highest level and it also welcomes the successes of its team in the lower divisions. Pictured below is Michael Litchfield, on behalf of Southbourne C, being presented with the B&DCL Division Three Championship board in 2019. 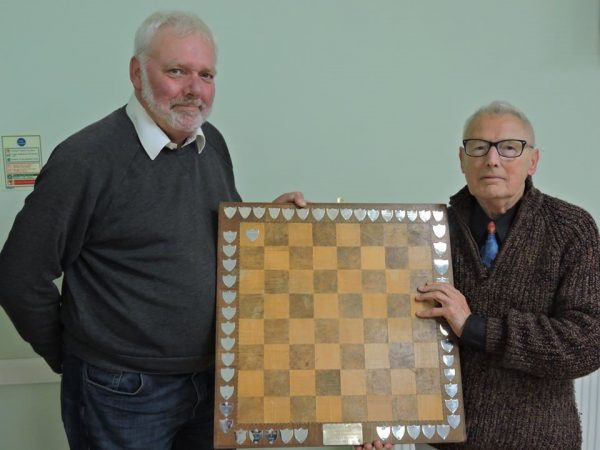 ​In the same year, Paul Sandy (club member for over 25 years) won the Boardman trophy for his outstanding performance for the D team in Division 4. And pictured below is Nigel Purry, on behalf of Southbourne E, being presented with the B&DCL Division 5 Championship board, also in 2019. 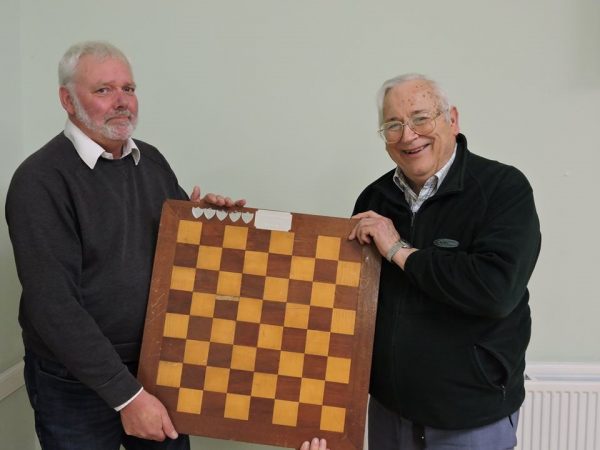 ​However, there is one thing that may differentiate the club from other local clubs and that is its friendly welcoming environment, especially with its cups of tea with biscuits which are are offered free to all visitors and opposing teams half way through the evening, a tradition which began in the early days by the club’s first Secretary, the lovely Vivienne McDermott and which is now done by its very industrious and popular club member, Brian Curran.