​Highcliffe won the Dorset Handicap Knockout Cup by beating Purbeck 4-2 in a hard fought contest.The match took place at Greystones on 3rd June and was a fitting end to a hugely enjoyable season for both clubs with the match itself going right down to the wire.  Since we slightly outgraded our opponents, we needed to win the match by the score of 3.5-2.5 and for much of the evening it looked as if we may fall just short.
Ken drew quickly on board 2 and Richard had a comfortable victory on board 4.  Andrew’s game on Board 5 was also drawn but we were struggling on both Boards 3 and 6.  The situation on board 1 was very unclear with Christian winning a pawn but facing a strong initiative.  In end the match turned in our favour, with Tom weaving a mating net on Board 6 and Christian taking advantage of an error in the complications on Board 1.  Rob eventually went down on Board 3 but the match was already safe.  Congratulations to Highcliffe on a great result and well done Purbeck on playing their part in a memorable evening’s chess!

Only 7 club teams have 'formally' entered but Pete has indicated that Ringwood might still be able to enter a team.  As New Milton have not entered a team this year I am more than comfortable if Ringwood wish to 'borrow' players from New Milton (hence I have copied in Barry Jolly).  However, accepting that Ringwood may not be able to raise a team, this could mean last year's champions, Poole, receive a BYE.  This would then be consistent with the World Championship where the current champion, Magnus Carlsen, only plays in the later stages!

Semi - Final Draw (teams who were paired away in the previous round are now playing at home)
Weymouth v Purbeck
Poole v Highcliffe
The 1st named team has the choice of venue.

The 1st named team has the choice of venue.

In view of the likely traditional poorer winter weather conditions I have once again regionalised the pairings for the 1st round to help reduce travelling for the away team.  Also, I have ensured that teams have been paired against a different team than in any of the first rounds of the previous two years.

The captains are as follows:

Hopefully people's email addresses will be obvious based on this distribution.

Please can you ensure all matches are played by Friday, 1st March 2019.  This gives you just over 6 weeks to play the match.  Please remember that you can select a different average team grade for each of the rounds without penalty so this will mean there is no pressure to play the same 6 players in each round and also gives each club more flexibility when selecting teams.  The handicap system is designed to give clubs who play with a lower average team grade a sporting chance to win the match. 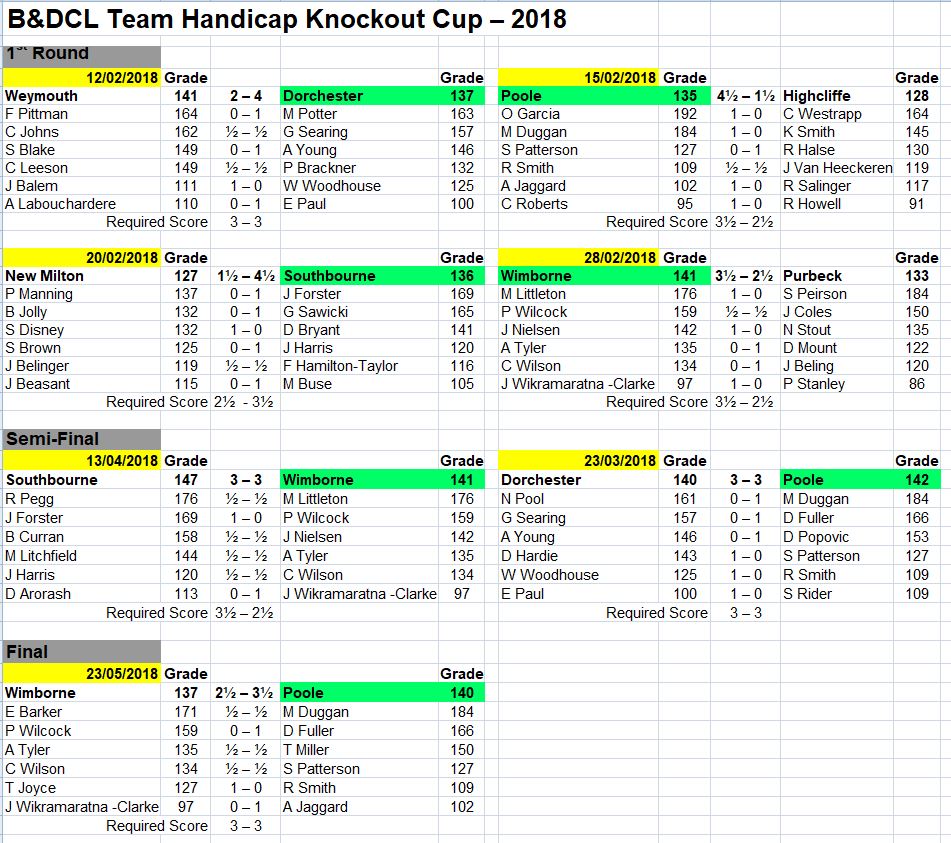 B&DCL Team Handicap Knockout Cup 2018
2018 Winners - Poole
Well done to both Poole and Wimborne for producing an entertaining final played in a competitive, sporting and friendly manner.  Also, many congratulations to Poole for winning it.
Poole Chess Club seems to have swept the board this season by winning 5 trophies out of the 7 leagues and cups they have competed in so well played Poole, probably the best season they have ever had, and possibly the best ever season for any club!
My understanding is that the Final went to the last individual match to finish so a very exciting yet tense affair.
Final:    Wimborne (137)  2½ – 3½  Poole (140)
Please see attached document for the full set of individual results, not only for the final but also for all matches in this year's cup competition.


​These results have also been recorded on LMS on the link below.

Interestingly enough, in this year's competition, all the semi-final and final matches were won within a half point of the required score and that, in all 7 matches, the away team won 5!

My thanks to all captains and players for making this competition so exciting and so easy to manage.

Let's hope next season's competition is just as fun!

Hope you all have a great summer!

​The captains are as follows: 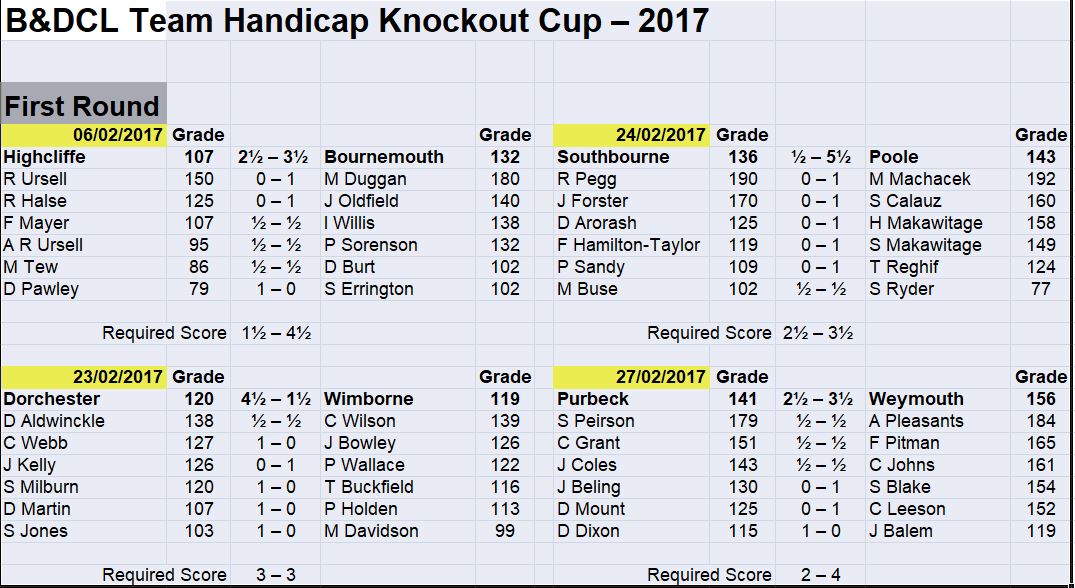 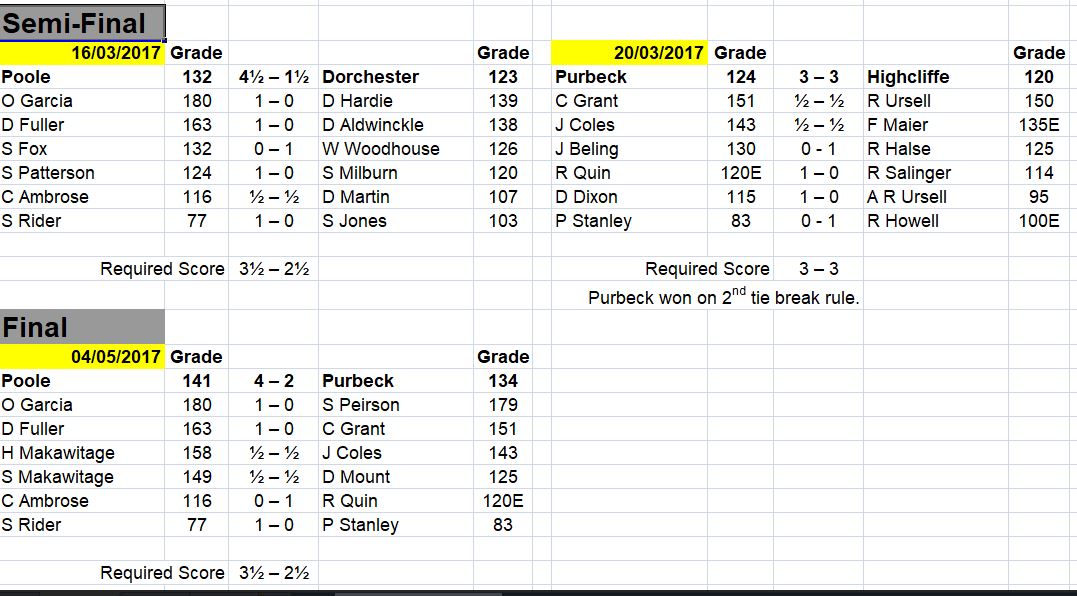 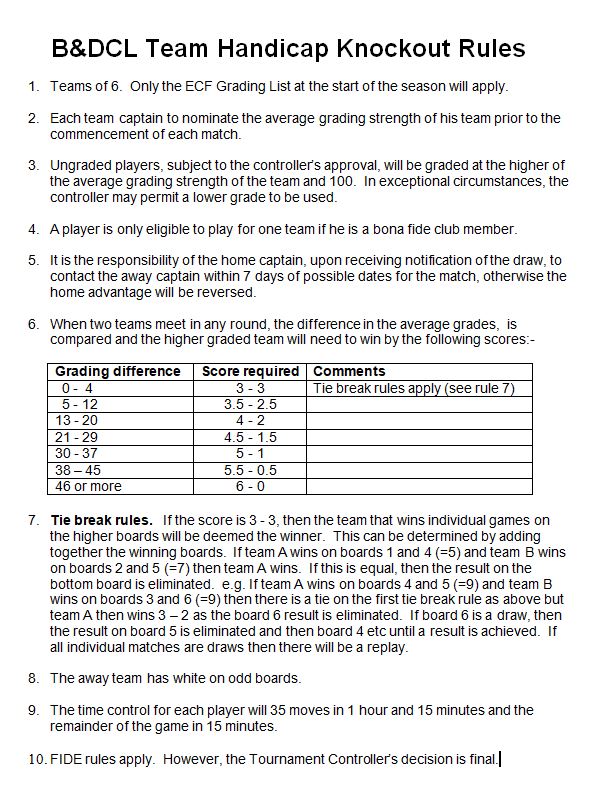