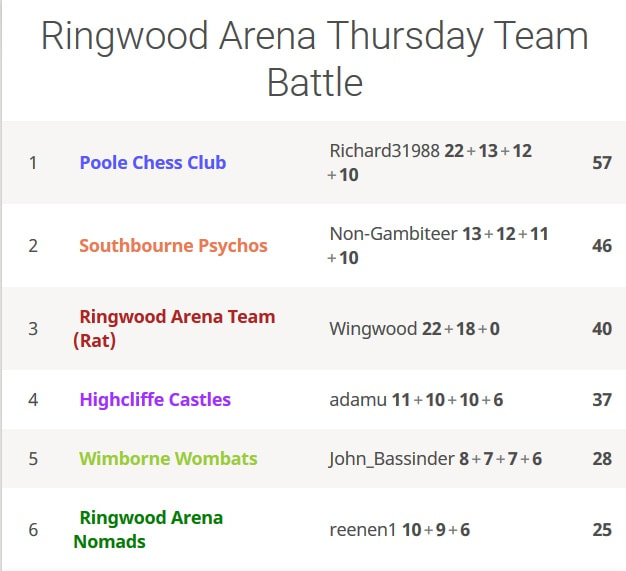 lichess.org/tournament/tx9lfBuePoole win first online team challenge.The first online team event organised by Martin Clancy was well attended and seemingly enjoyed by all.   Five clubs fielded teams and Ringwood Nomads which was intended for any players without a team comprised solely of 3 New Milton players so effectively became a 6th club team.  In all 34 players took part.
Teams were allowed to field as many players as they liked with the top four at the end of the event scoring for them.   Poole turned out in forced with strength and depth, fielding 9 players led by Richard Allis and duly took first place by some margin.
Southbourne came second, closely followed by Ringwood and Highcliffe with the positions in question right until the end of the 90 minutes.
A big thank you to Martin for running this!  He is considering doing a team event once a month – something to look forward to.
Click the results panel below for more detailed results on the Lichess site.
Lichess
​